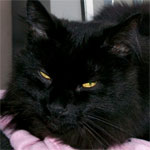 The "Midnight" in MidnightBSD

MidnightBSD is a FreeBSD-derived Operating System. A critical goal of the project is to create an easy to use desktop environment with graphical ports management, and system configuration using Xfce. The vast majority of the operating system will maintain a BSD license. Certain software packages use other licenses such as X.org, GCC, and GNUstep.

MidnightBSD was forked from FreeBSD 6.1 beta. The system was forked to allow us to customize and integrate the environment including the ports and system configuration. We wish for the system to appeal to beginners as well as more experienced BSD users. Many operating systems are under active development; with MidnightBSD, we wish to focus on optimization and usability improvements for desktop users.

The FreeBSD project has developed a reliable server operating environment, but often usability and performance on the desktop is overlooked. Scheduling, allocation of resources, security settings, and available application support should be tailored to desktop users. Many of the BSD projects are tailored to servers or older hardware. Others are distributions of FreeBSD with a nice graphical user interface, but still suffer from server-centric design under the hood. We did not fork FreeBSD as a result of a falling out, but rather as an excellent starting point. It should be viewed as a compliment to the FreeBSD developers who have worked very hard on FreeBSD 5.x and 6.x.

We hope to create something unique. Project goals include:

Later versions of MidnightBSD synced large bits from newer FreeBSD releases. 0.3 included code from FreeBSD 7 and 0.5 included a large sync from FreeBSD 9.1 release. MidnightBSD now targets i386 and amd64 (x86_64) based computers and includes all hardware supported in FreeBSD 9.1 plus additional devices.

We switched from GNUstep + Window Maker + GWorkspace to Xfce as our desktop environment. We still plan to maintain support for GNUstep environments as much as possible, but it's much easier to do integration with Xfce.

We're now including a default .xinitrc and updated the midnightbsd-desktop pacakge to include basics for a desktop. Work is continuing on the package manager to support installs from the installer rather than the firstboot rc.d script.

Picking a name for MidnightBSD was challenging. Many domain names related to BSD are in use by different parties. desktopbsd's domain had been purchased but not up yet. My list of 35 names didn't last long when I started checking whois records.

After anything obvious for the desktop was taken, I decided to follow DragonFly's idea of using a living element. Many stupid names came up like SharkBSD, HammerHeadBSD, etc. I decided they sounded stupid. I thought of TigerBSD; it sounded nice and I could think of some good themes for it. However, I was afraid a certain fruit company would get upset with me. Finally, I decided to name MidnightBSD after my first cat, Midnight.

Newer logo designs feature a cat sitting on the moon. This was a compromise as so many people hear the name and think of the time of day. The previous logo on the website was a picture of Midnight's eyes.

Also, a cat has a similar shape to the BSD daemon, and there is of course the "cat" command.

Midnight was a black turkish angora with long hair and gold eyes. When he was younger, he used to shutdown Netscape on me while I was surfing to get attention on my old iMac (OS 9). He frequently sat on top of PCs and Macs. He passed away during the summer of 2015 after a battle with cancer.

Listen to the BSDTalk interview. (August 2007)